Local craft distiller gets the gold at the L.A. International Spirits Competition

Last May, local entrepreneurs Trey and Kimberly Azar hit a milestone when their Cinco Vodka took top honors at the Los Angeles International Spirits Competition, the Academy Awards of cocktails. Getting the gold medal for best vodka validated the enormous effort and extra expense they undertook to create a premium American vodka.

The Azars co-founded the company and Mrs. Azar is director of public relations. From the beginning of the journey, Mr. Azar said the goal was to make “the highest quality vodka in the world.”

During a tour of the pristine Azar Distillery, just 10 minutes southeast of downtown San Antonio, the 42-year-old craft distiller shared some background about the industry. 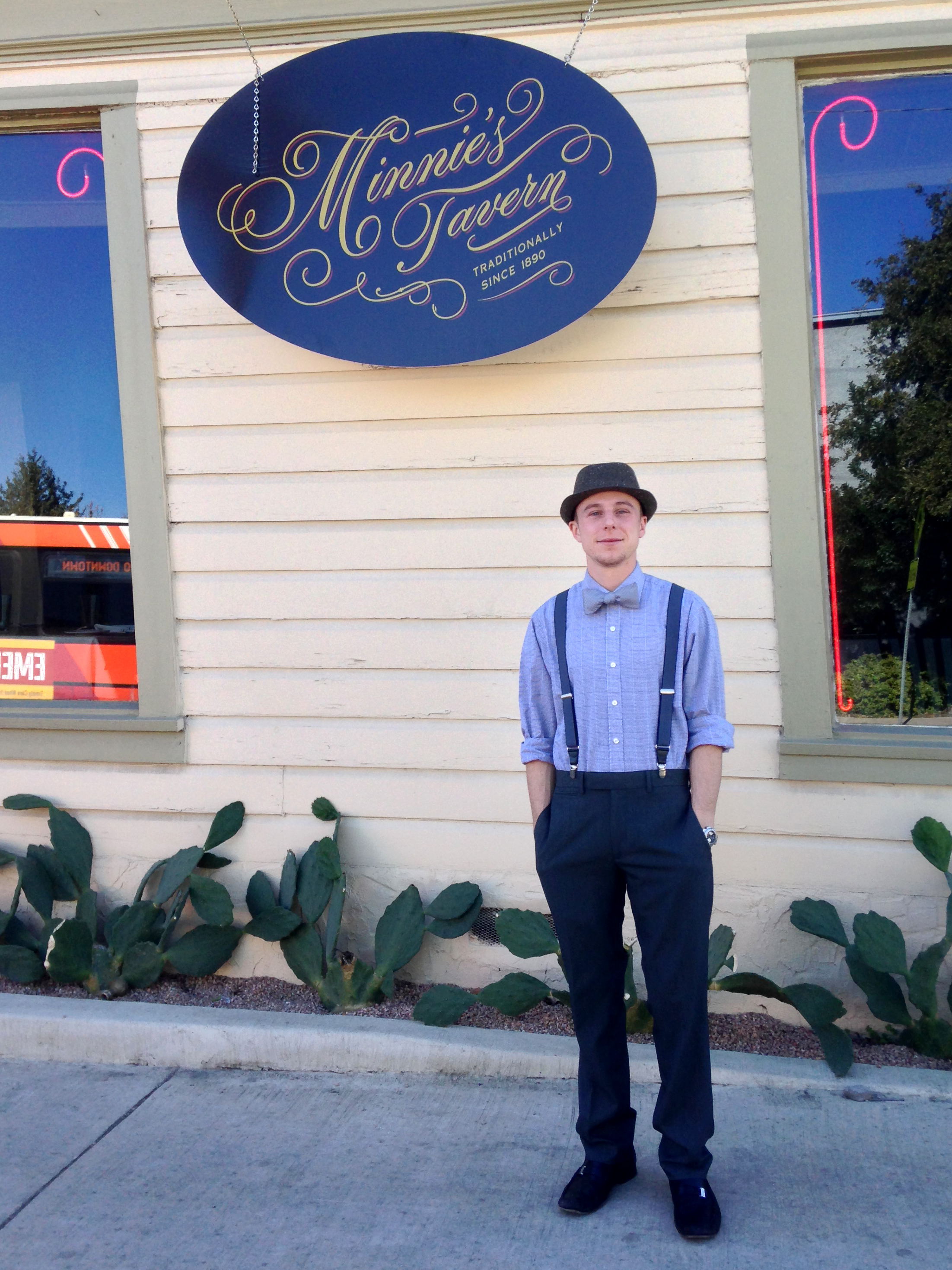 Have you ever danced with the green fairy? Would you like to? Green fairy refers to absinthe, a green spirit made from wormwood, fennel and anise used years ago as a muse for the likes of Picasso and Hemmingway.

Edible San Antonio tries to keep up with the latest and greatest wonders our local chefs dream up for us … and we uncovered some wonderful news.

Thanks to Chef Andrew Weissman and Minnie’s Tavern Bar Manager Andy Hack, San Antonio is about to have its very own amazing absinthe party — complete with tableside drips! Minnie’s Tavern will be the site for this glorious night of interactive table tastings and testing at 11 p.m. on Saturday, Feb. 15. By Chris Covo and Delia Covo

Paella, Spain’s iconic rice dish, combines vegetables and meats, seasoned with saffron. Considered the culinary union of Spain, Roman and Arab cultures, it may well have been the dish to introduce rice to the region.

The origins of the dish may have been humble as well: some think Moorish kings’ servants created rice dishes by mixing leftovers from royal banquets in large pots to take home. Even the name of the dish may have Moorish roots: it’s possible the word paella originates from the Arab word “baqiyah,” which means leftovers, although technically, paella refers to the pan the meal is cooked in. Over time, the size of the pan grew wider instead of deeper to allow more even heating and maximum evaporation. There’s no need to leave your seat to enjoy a fiery spectacle when you visit Bohanan’s. Well known for their prime steaks, legendary seafood and fabulous service, the restaurant also serves flaming desserts, tableside. The well-appointed dining room is the setting for this culinary adventure. Upon ordering Strawberries Imperial, a fancy cart topped with luscious fresh strawberries, an enormous bowl of ice cream and all the necessary ingredients are rolled right up to the table. There are three dramatically delicious varieties, Strawberries Imperial, Cherries Jubilee and Bananas Foster. And while the decadent flavors may be fleeting, the memory of the sensational scene will last forever — making these desserts the perfect ending for Valentine’s Day or any celebration. Ingredients for flaming desserts are rolled up to the tableside. (Photo by S. … Read More For most of us, Sept. 1 was just an ordinary day, but for Texas distillers, it was triumphant. A new state law, Senate Bill 905, went into effect that day, and now they can sell their specially crafted brews on site.

Since the 1920s, Texas distillers were unable to sell liquor on their premises.

You might be thinking: Haven’t Texas wineries and breweries been pouring cups for years now? Texas distillers were asking the same question. And that’s where the story begins.

Mr. Mike Cameron of Rebecca Creek Distillery in San Antonio and a 20-member coalition called the Texas Distilled Spirits Association sought relief from laws that dated from the prohibition.

Their goal: to get rid of the old laws and craft a new set that would give consumers … Read More Scenes from a Saturday morning at Gaucho Gourmet on Isom Road in San Antonio.

The inside scoop is that this is where San Antonio’s top chefs get the goods. Tucked away in an industrial park on Isom Road, a small family-owned com- pany called Ciorciari’s GauchoGour- met is bringing in delicious treats from Europe and South America (think Foie Gras and Black Truffle oil). And this wholesale market is open to the general public.

Here’s just a little taste: until Dec. 31, pick up Prosciutto San Daniele, aged 18 months, for just $12.95/ lb or try some “just cracked” Parmigiano Reggiano for $9.95/lb. Here you can buy olive oil in bulk, pick up a holiday panettone from Italy, arrange for amazing gourmet meat and cheese platters for a party or get a gift basket that shows off the best Texas-made goods. Pre-cut and folded PaperChef parchment cooking bags “en papillote” make it easy to steam wholesome, healthy meals. This healthier alternative to traditional cooking methods allows the food to hang on to those es- sential nutrients and even tastes better. “En papillote” is a sophisticated cooking technique and the classic gourmet French cooking method is also a great way to cut calo- ries. By using the nonstick parchment to cook, it’s easy to capture more flavor. No need to worry about scorching, either. Visit www.paperchef.com to learn more.

Cooking with parchment is a great way to save on calories. (Courtesy photo) The SousVide SupremeTM is definitely on our wish list for Santa this year. The underwater vacuum-sealed cooking technique is virtu- ally goof-proof, tidy and reduces workload. What’s more, this neat gadget can infuse drinks! A little steep … Read More

3.1
https://www.ediblesanantonio.com/news/esa-stories/531/
… Read More
Heads up, foodies… Edible – one of the nation’s top magazines focused on local, seasonal cuisine – is coming to San Antonio. The mag officially debuts tomorrow and we sat down with editor Angela Covo for a sneak peek of what to expect in the pages, her thoughts on cronuts and why all-things-chocolate remind her of her hubby…
What is Edible?
The magazine began in California about 10 years ago, and there are now 80 Edible publications across the country and Canada, with three in Texas: Edible Austin, Edible DFW and (now) Edible San Antonio. The goal is to connect consumers with local producers: farmers, growers, chefs and food artisans of all kinds.
How did Edible come to SA?
We saw Edible Austin at the Pearl Farmers’ Market [earlier this year] and fell in love with the publication. I did a little research because I hoped to write for them
… Read More There’s an incredible magazine I grab every time I’m in Austin, partly for the spectacular images that pop off the pages but mostly for the wonderful content inside. Edible Austin promotes local food in Austin and Central Texas and now, the publication is coming to San Antonio!